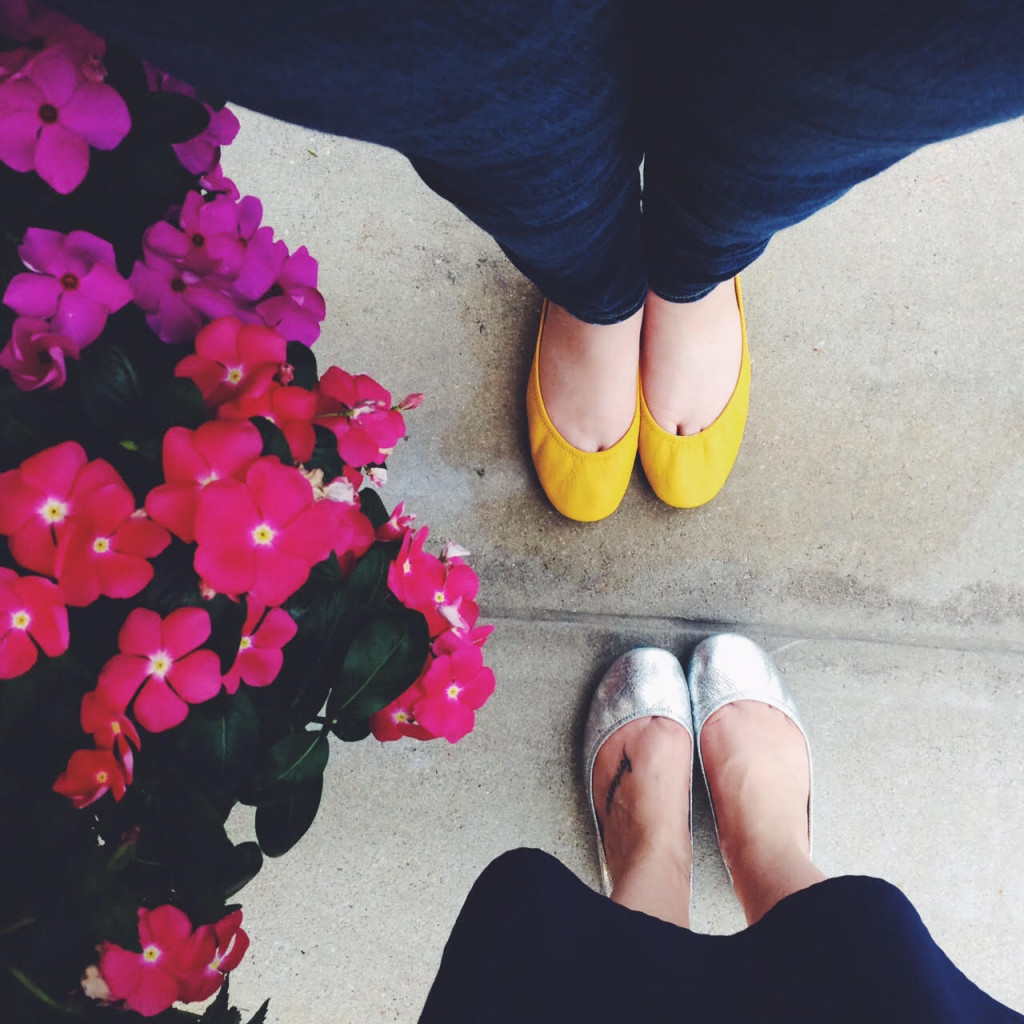 I put Tieks by Gavrielli flats to the ultimate test – wearing them for more than two months every day to see if they’re really worth the purchase. Read on for the ultimate Tieks review – which was in ZERO way sponsored by the brand. These views are 100% mine.

How much were they?

Yes, I know, you’re scared to buy Tieks because they’re more than the $20 flats you usually buy (that last approximately four wears). I bought the Silver Screen Tieks. Since they’re a metallic shade, they run more than the usual $195 for plain colors, coming in at $235. Tieks go up in price depending on how complicated the design and material are, like “copperhead snake” ($295) or “Toscani” ($345).  However, there’s no shipping! It’s the little wins.

Was this a spur of the moment purchase?

It took me almost a year to pull the trigger on buying Tieks. While I have no qualms with dropping dough on nice shoes, there’s something about spending $235 on a pair of flats that gave me heart palpitations. I can account for most of the flats I’ve bought over the years, from American Eagle (lasted approximately two years with frequent wear), Madewell (lasted less than a year with medium wear), Calvin Klein (lasted approximately three months with minimal wear, except for three long days at a conference), and Y.R.U. (still going strong after two years of frequent wear). The combined price of all of those was still less than my Tieks.

I bought these the same day I paid off my student loans (suck it, education system) as a celebratory gift to myself. 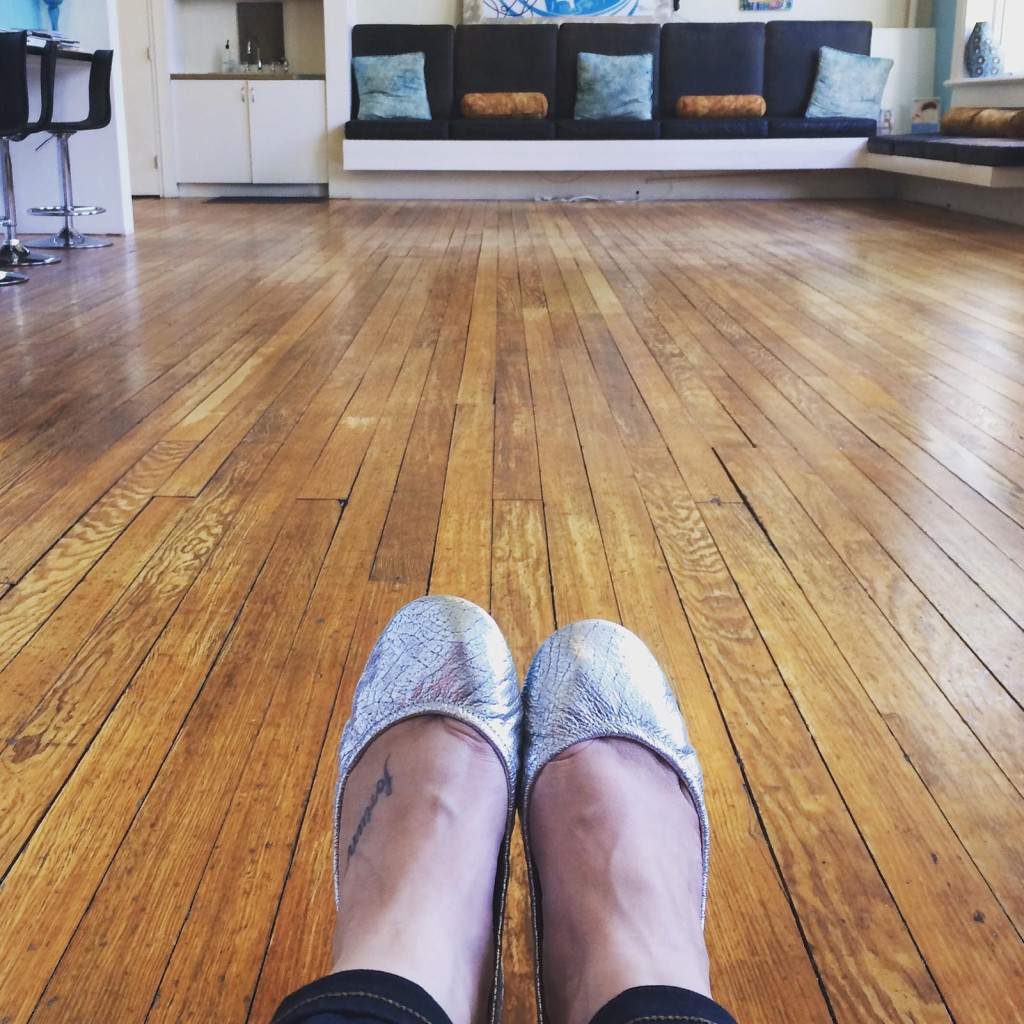 How did you choose a color?!

It was a struggle. These shoes come in so many delightful colors, that was a good two-hour experience in itself. I originally wanted the Burgundy Tieks, but went with silver because there were less instances of them on Pinterest. I didn’t want the same shoes as everyone else, and right now, metallics are the new nude.

How was the sizing?

Right on point. They are a little, tiny, eensy bit big, but I’d order your regular size so that they aren’t cutting off your circulation in your feet.

Do they smell bad?

I’ve read a decent amount of complaints about Tieks smelling gross. With the leather and nicer materials, it makes sense. They’re not ultra-breathable. After two months in mine, I would venture to say they smell better than most flats I’ve worn that long. I wouldn’t offer them up under someone’s nose, but I wouldn’t be scared to take them off under my desk at work. 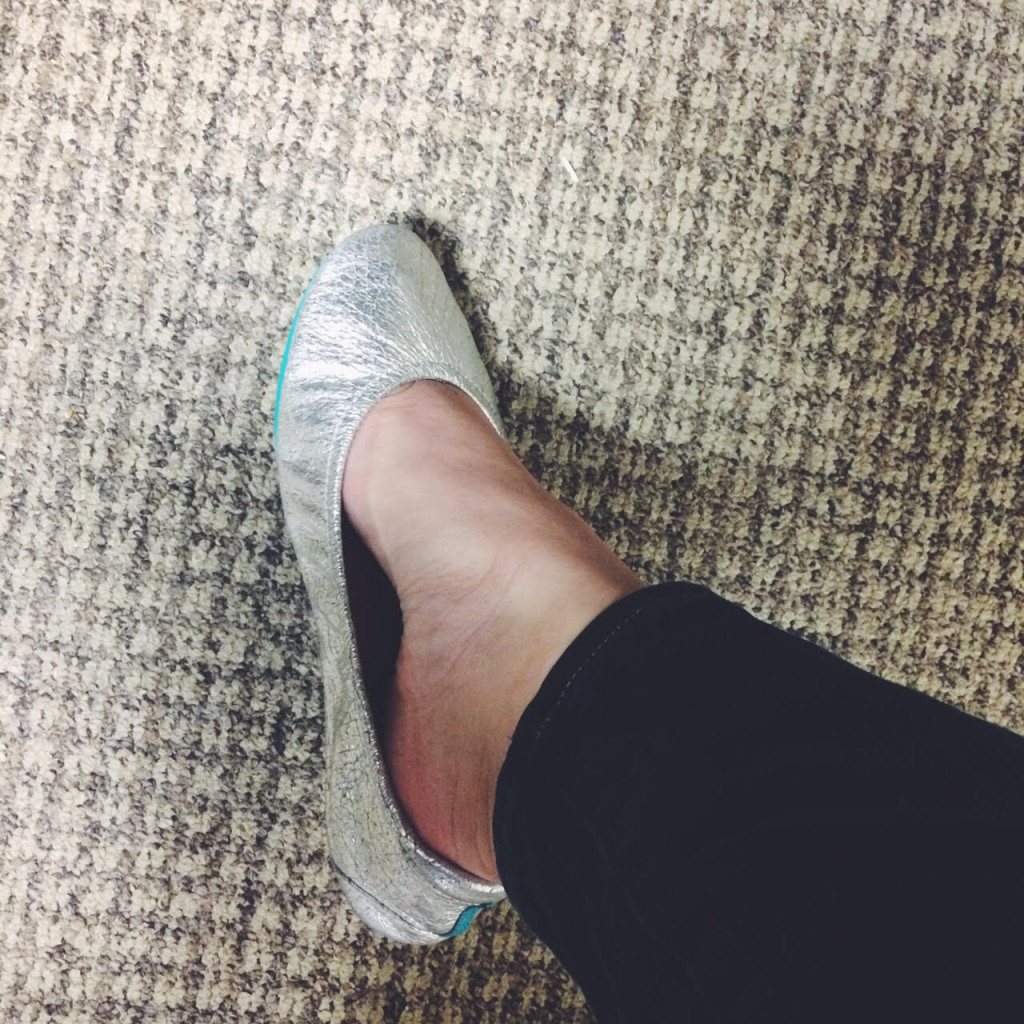 Tieks are straight-up heavenly. My only gripe is that I have a high instep, which causes the shoes to “gap” in the center of my foot. My flat-footed friends don’t have this problem, but I wish there was an option to get a higher instep made into the shoe. Otherwise, they’re very comfortable. I’ve worn them every day for two months and haven’t gotten a single blister. Yeeeah. Unheard of.

Tieks are almost too well-made. I can confidently say that I feel like these are higher-quality shoes than my Manolo Blahniks. Yeah. I said it. The reason I say they’re almost “too well-made” is because I’m sometimes slightly worried I’m going to accidentally destroy them. I avoid water at all costs and try to avoid scuffing them if cement stairs ever present themselves. I wish Tieks would make other types of shoes this comfortable – like high heels so that I can dress like a real lady.

Their customer service is splendid. I got my Tieks before the estimated delivery date (seriously, when does that EVER happen), complete with a hand-written letter AND an email from the Tieks team telling me how excited they were that I was going to try the shoes.

They had no idea I have a blog and was going to review the shoes – they’re just genuinely that nice to everyone. I felt like I was Anna Wintour.

Of course, in some weird turn of fate, while writing this I heard my car was getting a ticket. I ran out to the parking lot (thankfully not getting a ticket!!) and somewhere along the way stepped in gum. I googled options to take care of it, and landed on using peanut butter. I tweeted a picture of the conversation I had with my friend who also owns Tieks.

This is a travesty. @tieks, my day is ruined. ? @laurentabe pic.twitter.com/0DdEa1zURo

Tieks of course responded saying to email them for help. Since this is 100% my fault, I won’t be emailing them to take care of my gum problem, but I will certainly be buying more Tieks in the future.

Would you buy them again?

Yes. I would. I want to buy them again now. Tieks are 100% worth the money. I’m so happy I splurged on these shoes, and I would be personally shocked if you didn’t love them too.

Tell me in the comments: Which color Tieks do you love? Did you get Tieks and love them?