The Best Strapless Bra of All Time. 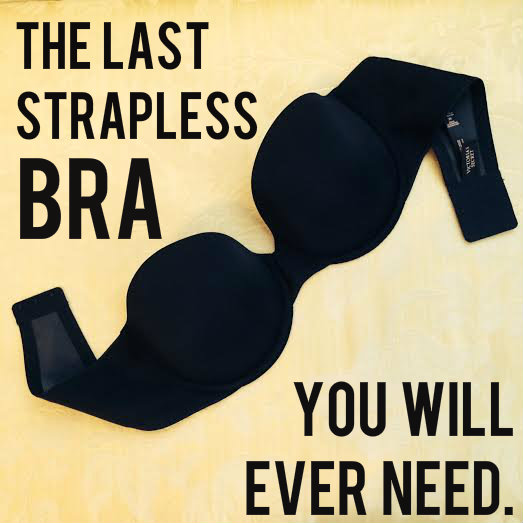 Everyone with a pair of totters knows strapless bras are the enemy. Today I was reminded of this while shopping and wearing a strapless bra. There was a moment where I literally let out a single tear and thought “Goodbye, cruel, cruel world, strapless bras are going to drive me to a deep depression of hermitage,” but instead I thought “I WILL OWN MY TITS.”

Forget everything you’ve ever known about strapless bras. Throw it to the wind like Jude Law’s hairline. The Simply Strapless demi bra is a game-changer.

I was always drawn to push-up strapless bras, but that could have been my problem. Rather than keeping my boobs in an appealing, comfortable place, my previous bras have been trying to catapult them out of my top. This bra is lightly lined with some kind of space-age material that cups your boobs like they’re bags of $100 bills. And at $49.50, this is a good purchase for the last strapless bra you’ll ever need to buy. My knockers felt in place, the back strap wasn’t cutting into my sides and the black looked pretty chic.

Hurry, ladies. Run to the nearest Victoria’s Secret and buy this bra. You might even WANT to wear items that require strapless bras now.

WHO KNEW THIS DAY WOULD COME.