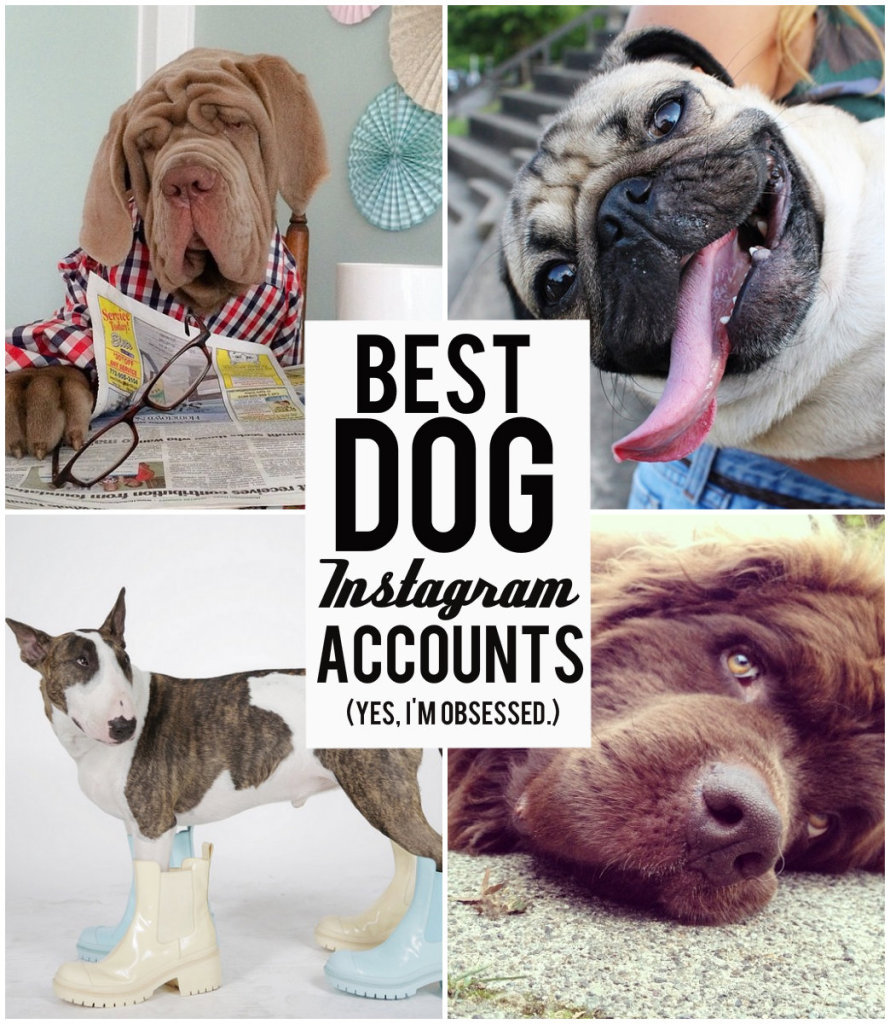 I really love dogs. I know, I know, this isn’t news. Today I realized that nearly half of the 500 or so accounts I follow on Instagram are cool dogs.  So with my expertise, I’ve created a list for you of the best dog Instagram accounts you should be following… like… yesterday. Here are my favorites:

I’m pretty sure this woman has a problem with pug collecting, and yes, she does breed which is kind of a downer. However, LOOK AT ALL THE PUGS, OMG. I imagine her house probably smells like stale dog treats and a faint aroma of urine, but I would pay at least $500 to let all those pugs come snuggle me.

I’ve been trying to get Paxton featured on MuttsKickButt for months now, but apparently he isn’t handsome enough. Whatever. I still really love this account because I get to see all kind of cool-looking rescue pups that aren’t rotting away in a shelter somewhere. The photos on this page are also really high-quality and cultivated from other dog accounts.

It’s a blue frenchie with one eye. Seriously, how do I even contain myself? This is the trifecta of adorable dogs. I want to snuggle and kiss it and pretend it belongs to me. (Because LOL I can’t afford a frenchie.)

Barkbox is a monthly delivery company that sends your dogs awesome stuff, but it also has the market cornered on hilarious dog photos that aren’t just someone’s crappy cell phone pics. They also come up with really funny captions. You get to see a bunch of different kinds of dogs, and also get to discover new ones.

Teddy and Bear are two samoyed brothers who I think have the funniest owners ever. Basically every post has a caption about how they’re bro dawgs tryna holler.

This account tells the story of a guy just going around New York City asking to pet people’s dogs and then post hilarious made-up stories about it. All the dogs he encounters are rightfully adorable, and some are even famous (like Marc Jacobs’ bull terrier). Basically, this guy is living my dream.

This page is dedicated to one of my favorite things – face flaps. Lil’ cheekies. Cheekie jubs. Drool pillows. Whatever you want to call them – they’re cute as hell, and an account dedicated to them exclusively makes me very happy.

Okay, now tell me – who should I be following? Gimme all the dogs.